Mo College is the first ever platform which intends to implement SOCIAL & TECHNOLOGICAL integration among colleges in a state.

The Joy of Giving Back

Khallikote University, Berhampur started as a school in 1856 and later modified to an intermediate college in 1878. Recently, the institution turned into an independent Unitary University on 1st August 2021.

The Joy of Giving Back

Noted Alumni of Khallikote University Shri AK Sabat contributed Rs 5 Lakhs for the college infrastructure. Consequently, the university received a total amount of Rs 15 Lakhs after the inclusion of 2x matching grant from the Government of Odisha. The university will build a new commerce block and IT Lab with the amount received.

History behind the Contribution

AK Sabat studied at Khallikote College in 1967-1971. By his admission, he says that the college has not only educated him, but also armed him with confidence and strength to achieve his goals. The need of the hour is to reshape every student’s life and when he was apprised of the Mo College Abhijan, he decided to support his Alma Mater, the Khallikote University. His contribution will be used to supply important books for the commerce department. It will also be utilised for the structural development of the University. The said facilities will help generate professionalism among students and to shape their career.

The Khallikote University has been one of the most promising education hubs in Odisha for years. The example set by Shri AK Sabat is remarkable and will encourage other alumni to come forward and contribute towards the Alma Mater, remarked Khallikote University Vice Chancellor Prof Prafulla Kumar Mohanty. 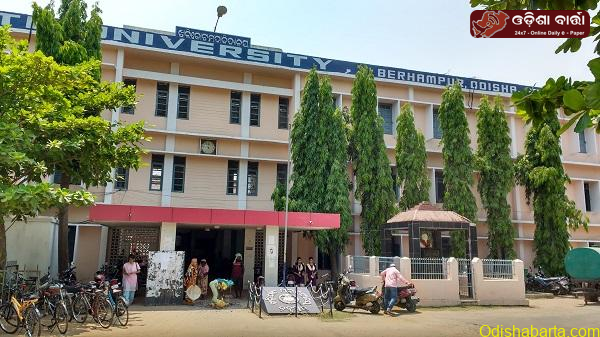